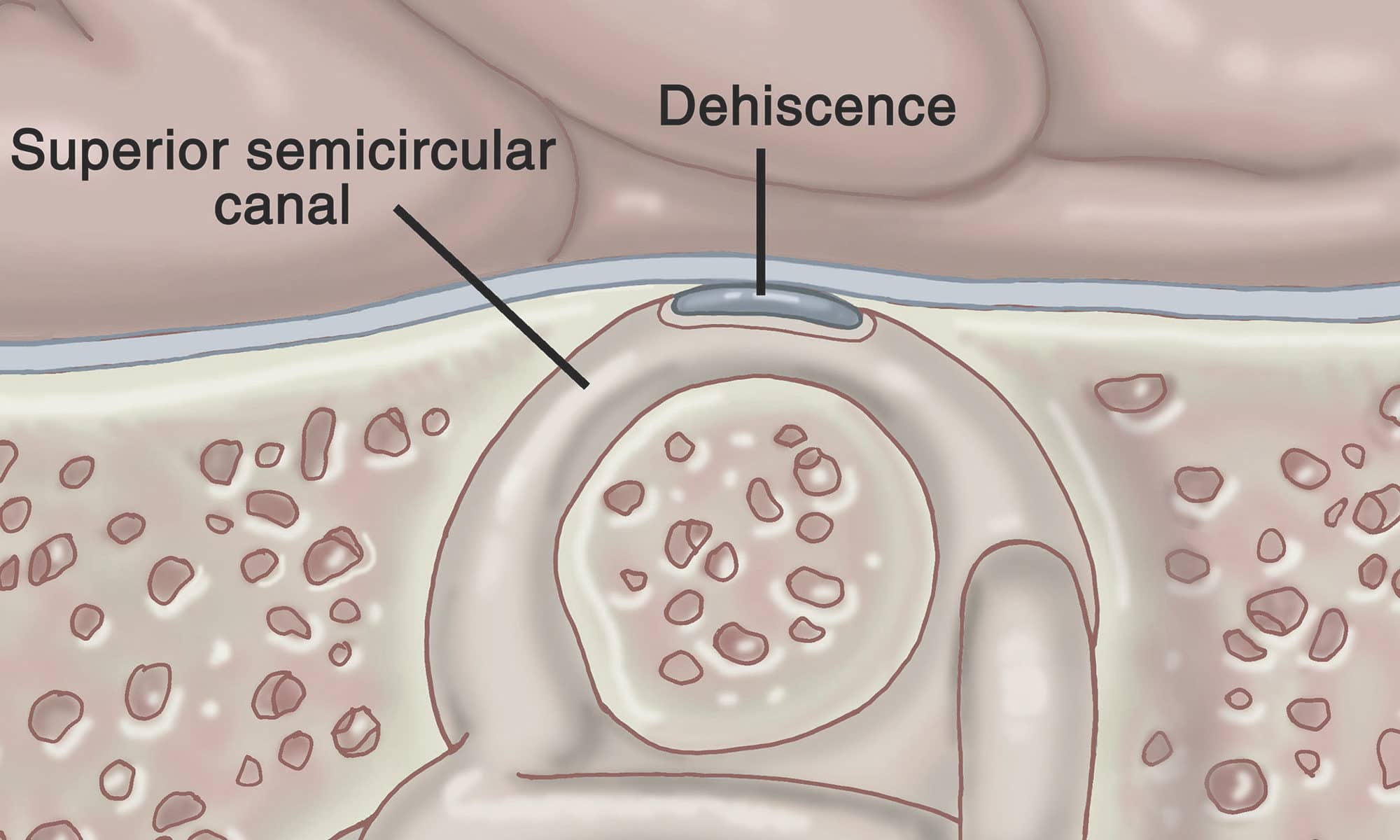 The number and strength of SCDS symptoms vary quite dramatically from one patient to another, and in the same patient they may fluctuate from day to day. There are no symptoms that are specific to SCDS.  In other words, just because someone has these symptoms does not mean they necessarily have SCDS.

Symptoms quite often gradually creep into the life of a patient, but their onset is very frequently associated with an event in which pressure is involved. Different kinds of pressure affecting the body may be the trigger:  a change in barometric pressure or elevated intracranial pressure (ICP) which can be caused by straining, flying or giving birth for example, or other physical trauma (caused for instance by a fall, a car crash etc).

The majority of SCDS symptoms fall into two main categories; balance and auditory. Secondary symptoms also occur, such as headache, nausea and panic attacks triggered by dizziness. SCDS is commonly referred to as a balance disorder, but it is essential to emphasise that there are people who have SCDS who have hearing loss only, and no vestibular symptoms.

To summarise, a person with a dehiscence or thinning around the labyrinth can:

Here follows a list of the most commonly reported symptoms, first the auditory and balance ones, then others, listed in alphabetical order.

A worsening of symptoms is fairly typical if pressure within the head and body becomes elevated (when bending and straining), or if there are external pressure changes, for example in the form of sound waves, barometric pressure (certain types of weather) or when flying. A sudden drop of pressure on descending in a plane can be particularly challenging for the ears.

In the long run, the brain can learn to compensate to some degree, but this takes its toll in the form of fatigue and brain fog among other things.